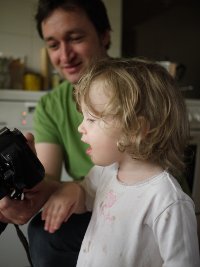 My name is Hannes Wallnöfer. You can reach me at hannesw@gmail.com.

I grew up in a small town in northern Italy and then spent most of my adult years in Vienna, Austria. Currently I live in a village in the very south of Austria close to the Italian and Slovenian borders with my partner and two kids.

I’ve been doing server-side JavaScript for many years, most of which I spent working on Helma. At some point, Helma started to feel too rigid for being taught new tricks. Hence the project that eventually became Ringo was born. Today I work mainly on Ringo, so most of this blog will center on it in one way or the other.

When I started Helma I was mostly a Java developer. Like everybody else, it took me several years to understand and appreciate the elegance of JavaScript. Today, I usually prefer writing JS over Java, although I still love working on the JVM.

I’m also a committer on the Mozilla Rhino project, which is the JavaScript engine used by Ringo, and have a few experimental Rhino branches over at github.

My goal with this site is to provide detailed, close-up descriptions of specific aspects of Ringo and the technologies surrounding it. This kind of positive, in-depth coverage (call it evangelism if you like) is something that has been missing for Helma, and I feel like I ought to do better this time around.

The tools I’m using for this site are Jekyll and Markdown. I’ve been blogging in one way or the other since 1998, but I’ve rarely managed to go beyond two or three paragraphs in length. I find that writing inside a browser textarea just sucks, especially when using raw HTML links. (This was probably made worse by the fact that from the beginning, I used self-coded weblog software lacking any drafting functionality at all.) Jekyll and Markdown finally make editing web site content bearable for me!

In case you’re interested, you can gaze at the site’s source code at http://github.com/hns/hns.github.com.

The animal on top of this page is a Japanese Rhinoceros Beetle or Kabutomushi (カブトムシ). Apparently, these bugs are kept as pets in Japan and other parts of eastern Asia.

My original intent for this site was to call it Rhino Beetle or something (alluding to both Rhino and Ringo). Instead I decided to just set up a simple unbranded github page, but I kept the beetle image because it’s such an amazing animal.

The photo is from this site and was taken by Barbara Strnadova. If you live near NYC and happen need a photographer please check her out!